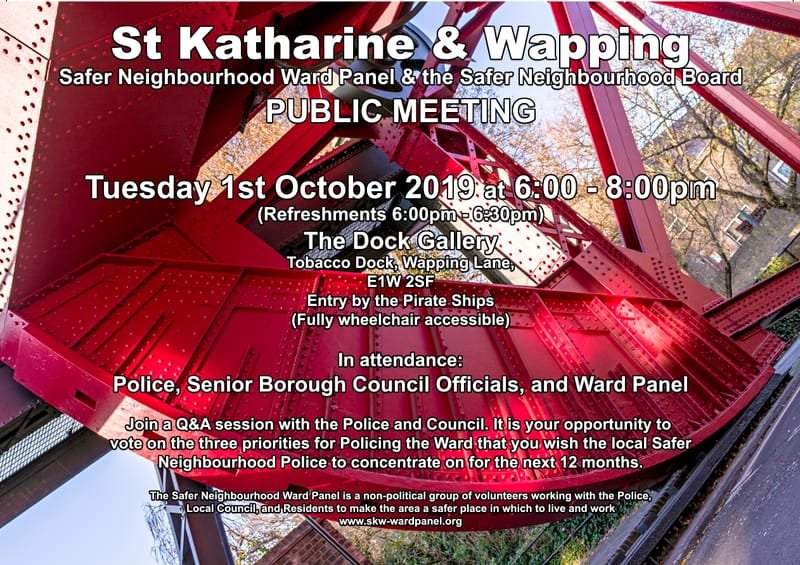 St Katharine & Wapping Ward Panel jointly with the Safer Neighbourhood Board are holding a PUBLIC MEETING and you’re invited.

Meet your local Safer Neighbourhood Metropolitan Police Team, Tower Hamlets Borough Council Officials and hear how the Ward Panel is working with them on behalf of Residents to make St Katharine Docks and Wapping a safer place in which to live and work.

Join a Q&A session with the Police and Council. It is YOUR opportunity to vote on the three priorities for Policing the Ward that you wish the local Safer Neighbourhood Police Team to concentrate on for the next 12 months