Big Half Marathon Drop In 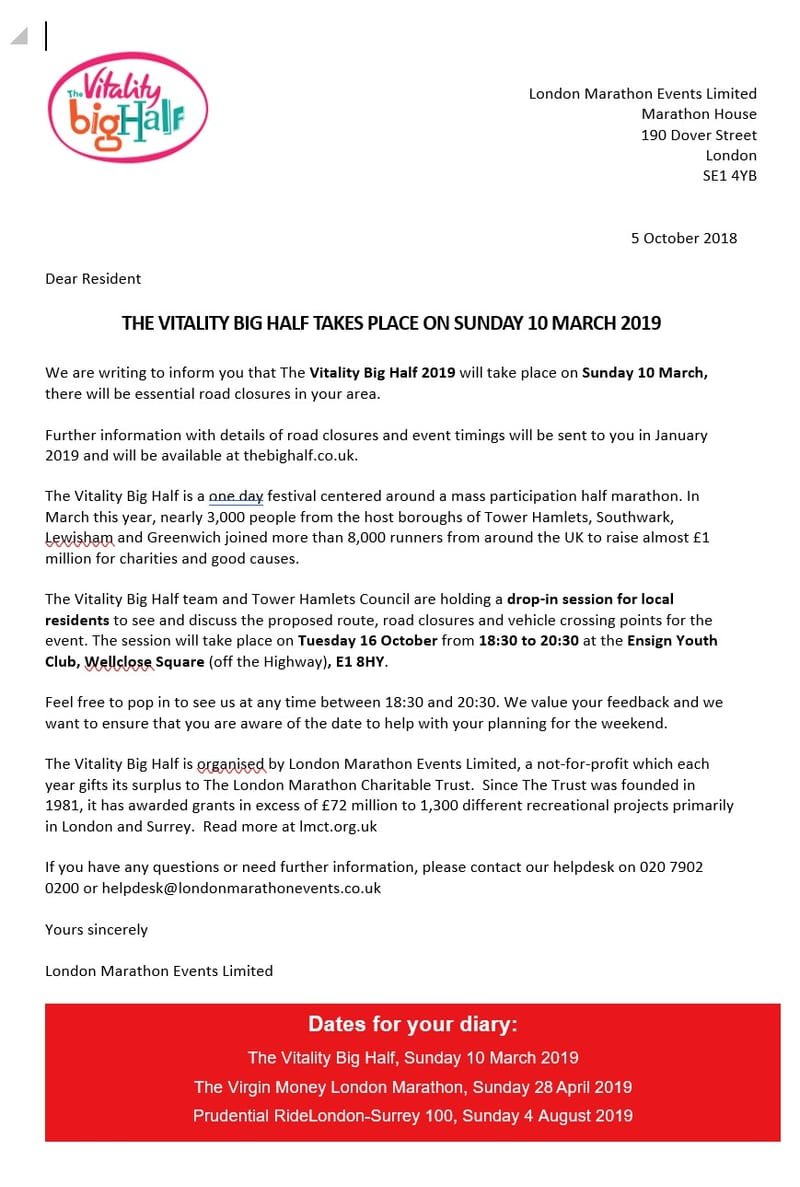 The Ward Panel wishes to alert Residents urgently to a "Drop-in Session" to see and discuss various aspects of the "Big Half" event. This  meeting is scheduled for:
•Tuesday 16 October from 18:30 to 20:30 at the Ensign Youth Club, Wellclose Square (off the Highway), E1 8HY.
The Ward Panel has just received late notification via a third party that the Vitality "Big Half Marathon" is proposing to stage a repeat event through Wapping on 10th March 2019. It will once again lock down the Ward for vehicular access, and is being staged again despite many resident and local business protests over the inconvenience created by the same event staged in 2018.
The current proposal will have the effect of locking the Ward down twice during a seven week period next March/April due to it's close proximity to the London Marathon on 28th April 2019.
Given the escalation in the number and inconvenience of events that are being staged affecting vehicular access to Wapping, without adequate attempts at consultation with local residents and businesses, the Ward Panel has protested about the short notice of the drop-in session in the strongest possible terms. We urge any residents with views to make every effort to attend and air those views to the event organisers and Tower Hamlets Council.