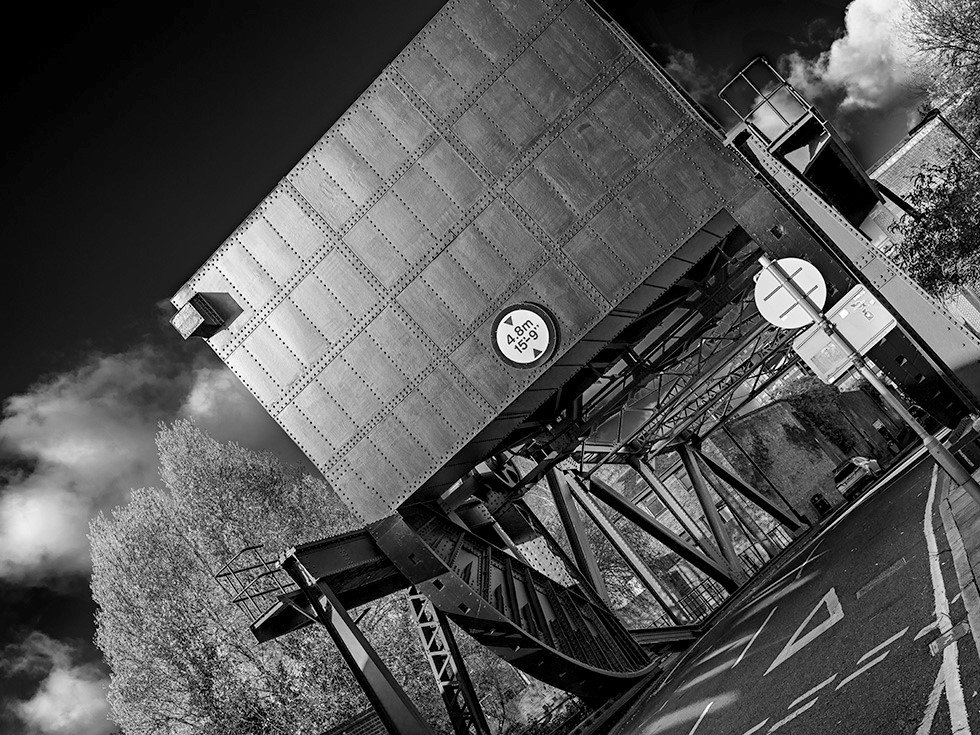 Input from Ward residents formed the core of this study, and this study in its turn exists to give those residents a voice. We would also like to express our gratitude for the help and cooperation provided by the Friends of St Katharine Docks (FOSKD) for their assistance in broadening the scope of our appeal for intelligence. It has allowed us to form a clearer picture of what’s been happening within the Ward in order to represent the views of residents accurately.

This report would not exist without the help and support of residents of St Katharine & Wapping. When the Panel sent out a call for resident views on Anti-social Behaviour (ASB) under the title “Have Your Say”, it had a tight, six-day deadline. The response was unexpectedly forthright and vocal. At the end of the first day it had become clear that residents felt their quality of life in the Ward was being eroded by generalised ASB, vagrancy, and graffiti.

The survey at the heart of this report was carried out in December 2017 following a request from the Police for a Community Impact Statement. The survey ran from 11 – 17 December 2017. In some cases individual residents expressed their concerns verbally in conversation with Ward panel members. The enormous sense of frustration and despair that came through in comments, even just from the results on day one, revealed the depth and seriousness of ASB developing in St Katharine and Wapping. Five more days of data proved the results on day one were no fluke; they were typical.

The survey drew many more responses from residents across the Ward than had been expected. The largely uniform nature of the opinions expressed in them made it clear the results of the survey needed distribution to a wider audience than the Community Impact Statement alone. This report seeks to highlight where ASB is occurring, and what options exist already for dealing with it.

The results presented to the Police as a Community Impact Statement are being reproduced here in a modified form. Its purpose is to alert a wider audience to what residents are experiencing.

What the survey tells us:

There is a rising tide of anger and frustration among residents of this Ward regarding the escalation of Anti-social-Behaviour (ASB) within St Katharine and Wapping. Much of this behaviour has been attributed by residents to alcohol, drugs, and nitrous oxide abuse by young males, along with difficulties residents face in attempting to report it.

From plotting instances of ASB reported during the survey, it has become clear that the Thames River Path, and any open spaces on the river bank (including stairs down to low-tide beaches), are magnets for ASB. Hermitage Memorial Gardens is a particular hotspot where many types of offences are being perpetrated routinely. These areas are being used as informal clubhouses where the “members” litter, urinate, defecate, deal in and take drugs, have public sex, play very loud music at all hours, inhale nitrous oxide, and throw stones or other objects at resident flats and barges. They also use the streets of Wapping for reckless, high-speed driving.

Residents report that in some cases this behaviour is affecting their lives so badly, they are seeking to leave the borough in order to find a better place in which to live. There is a reported perception this problem increased at the same time there was a substantial reduction in police numbers in the borough.

Where residents commented directly on the perceived response to their calls about ASB, there were on the whole high levels of dissatisfaction and frustration expressed. This was based on criteria such as:

A recurring message that came through from resident comments submitted during the course of the survey was “I’ve reported this behaviour again and again. Nothing is ever done to stop it.” Another recurring message is “I’ve stopped trying to report it. I’m tired of being kept on-hold for forty five minutes, only to be told then it may be an hour or more before anyone attends. Sometimes nobody attends. What’s the point?”

Anti-Social Behaviours ranked by the number of times cited directly by residents during the survey:

Intimidating/threatening/abusive behaviour by groups of youths

Loitering by groups of youths

Riding mopeds on walkways & in parks

Staining of concrete/private residences by spilt drink and mess

Alleged use of Pizza moped riders to deliver drugs

Attempted use of stolen credit cards in a shop

Note: in some cases there is little numeric difference between positions 3 - 8 in terms of reported problems. Those rankings could vary on a day-to-day basis.

Map of ASB hotpots and paths as reported by residents: 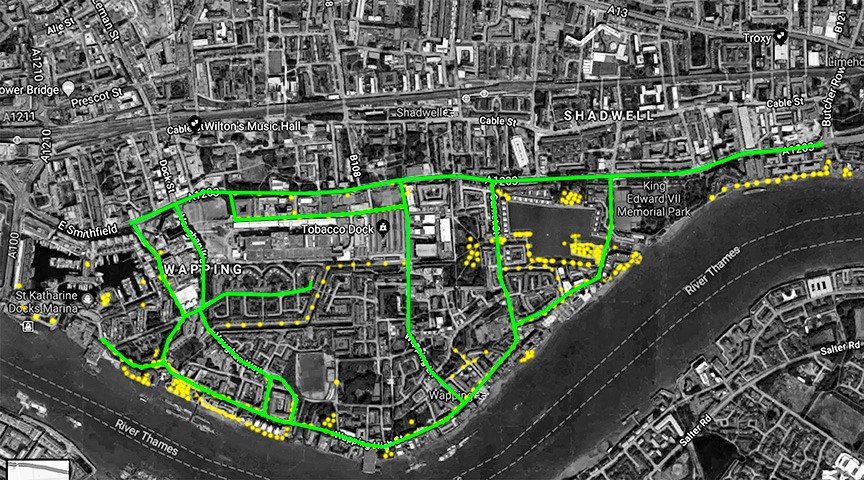 The Panel received written and verbal submissions to the “Have Your Say” survey covering all three priorities in the Ward in some detail. These priorities are:

RESIDENTS’ RESPONSES TO “HAVE YOUR SAY”

There are a number of options for dealing with ASB. Most of them are not publicised or used widely.

A primary action residents should consider when ASB is long-term and on-going, is to activate what is known as “The Community Trigger”. If a resident (or a group of residents in the same area) suffering from ASB find they are not satisfied with the response to their reports of ASB, they can use the Community Trigger to force a case review. It can be made when there have been at least three reports of ASB within a period of six months, and residents are not satisfied with the outcome.

This review will be multi-agency (Police; Local Authority; Housing Association, etc.). It is an attempt to stop the ASB, rather than just examine the way in which a single agency responded to it.

The website asbhelp.co.uk comments that “The Community Trigger has the potential to make a difference. The multi-agency case review can make recommendations where they see a particular agency has failed in addressing the anti-social behaviour properly. It can lead to a different and more effective approach to a problem. It is your legal right. Don’t suffer in silence.”

Tower Hamlets have a web form for residents to activate the Community Trigger (along with some general guidance notes) at the following URL:

Existing powers to deal with ASB in public and open spaces include:

Used for dealing with persistent littering and accumulations of waste. On breach it allows the council       to undertake works to clear the nuisance “on nay land open to the air” including private gardens               without the owner’s consent. Accumulations of litter and rubbish can also be dealt with as a statutory       nuisance where the behaviour is prejudicial to health or constitutes a nuisance.

The police can take action about any anti-social behaviour which is a criminal offence and can prosecute someone who has:

In England and Wales, the police can also get a court order to close down premises which are causing disruption to residents because of some serious disorder or nuisance problem. You should bear in mind that the police have discretion whether or not to prosecute someone.

The police can issue on the spot fines (penalty notices) for some types of anti-social behaviour. In England and Wales, they can also apply to court for an injunction to prevent nuisance and annoyance, or an order to stop gang violence or protect someone against gang violence.

For more information about how to make a complaint about the police, see Complaints in: https://www.citizensadvice.org.uk/law-and-rights/legal-system/police/police-powers/

WHAT COMMUNITY SUPPORT OFFICERS CAN DO (ENGLAND AND WALES ONLY)

In England and Wales, community support officers can take action about anti-social behaviour in certain circumstances. For example:

WHAT THE LOCAL AUTHORITY CAN DO

A consistent and standardised approach to the reporting of ASB will help to make the scale of the problem evident to Police. It will also provide residents with a coherent record of what they have reported, and when precisely they reported it. This is especially helpful when preparing to invoke the “Community Trigger.” A draft form with guidance notes is being included below to help residents structure their ASB reports. The more reports are called in to the Police, the more it will fulfil their demand for “data” on the problem.

The general guidance notes and form itself follow on the next page.

Endeavour to make notes in all of these categories before contacting the police so it isn’t necessary to try to remember the details while being questioned on the phone.

“What the ASB involves”

“How long the disturbance has been happening”

“How many persons are/were present”